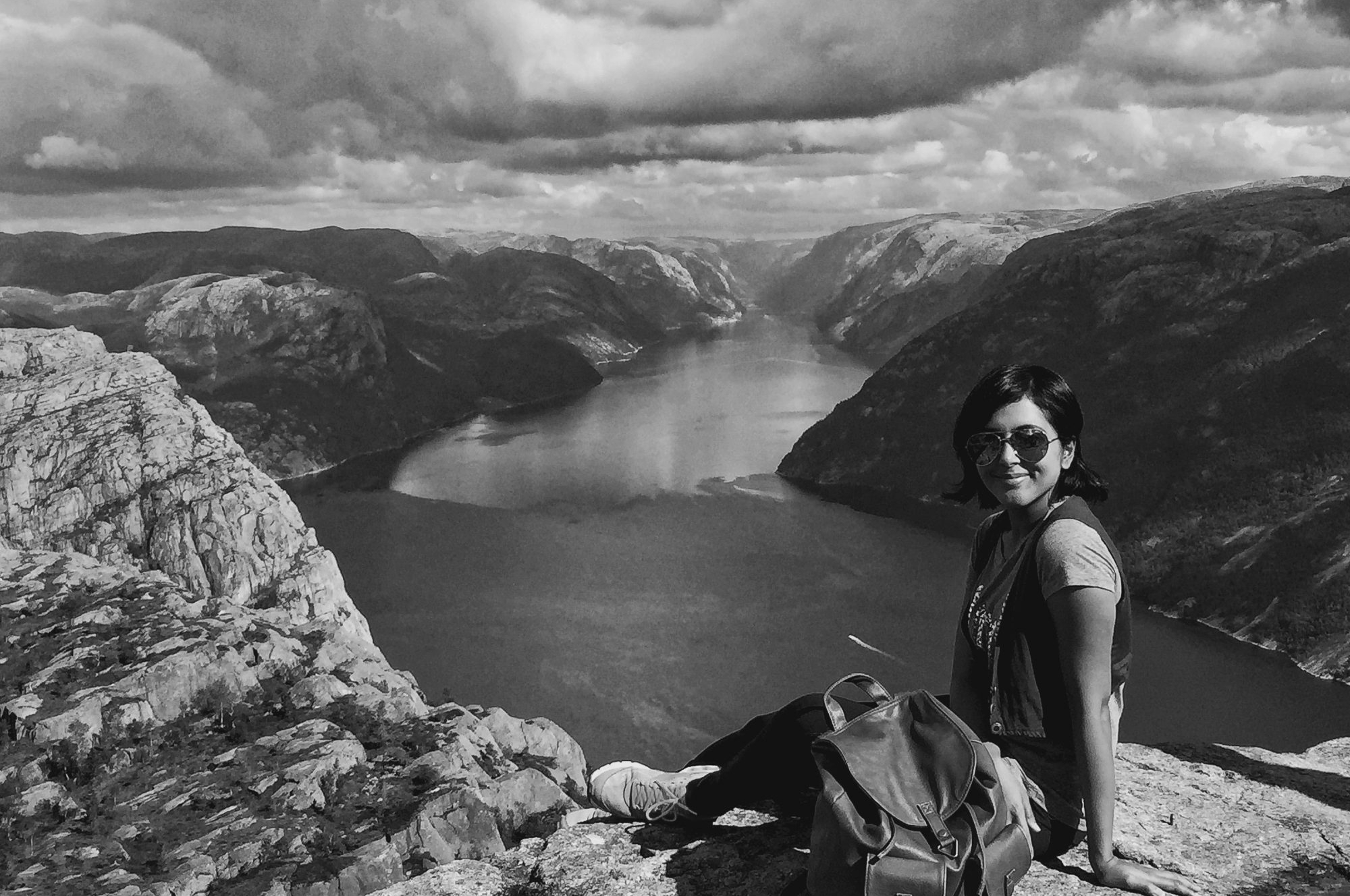 Oxford vs. Cambridge. The eternal debate has been going on for centuries now in England. The two institutions are referred to together as Oxbridge. Last weekend we decided to take a leisurely stroll through them. There was no pressure to explore since we have dealt with that about a dozen times. This included a couple of days of sauntering through illustrious colleges and daydreaming, downing ale, tucking into fish and chips, the works.

Both universities are heavyweights in the world of academia. I tend to think of them as brothers, pre-eminent personalities, vying with each other for a more elevated presence in the same frame.

Oxford is the older of the two with education in it dating back to the 11th century. Its oldest colleges are 13th-century buildings. The honey-hued buildings made of sandstone and its many spires get me. The quiet courtyards, ivy-covered towers, the student entering her room in a tower to show her mother her digs with immeasurable pride, ambles along the river, punting and then Blackwell’s with its happy plethora of books and posters…there is also my favourite tea-room in the city. A cafe with a duck-egg blue front and the gilded letters, ‘The Grand Cafe’, written on its august facade. The English diarist Samuel Pepys had noted that it was the location for the oldest coffee house in England. A Jewish entrepreneur by the name of Jacob had established it in the 1650s. Here are a few lines from ‘The Life and Times of Anthony Wood, Antiquary of Oxford 1632-1695″: “This year [1651] Jacob the Jew opened a coffey house at the Angel in the parish of S. Peter, in the East Oxon; and there it was by some, who delighted in noveltie, drank. When he left Oxon, he sold it in Old Southampton buildings in Holborne neare London, and was living in 1671.” The cafe shut shop and in its place came in an inn, then a hotel followed by a grocer’s, a co-op and a post office till it finally gave way to The Grand Cafe in the ’90s. The interior is impeccable — high ceilings, mirrors and more gilded elements and teas that will gladden you that you stopped there for a break.

The city itself is big which means there is enough to keep you engrossed through the day, and once night falls, Oxford is the boisterous party place. Walk the streets at night, drunk friends thrown into the mixture and chow down takeaways at mobile vans – you’ve had a taste of partying Oxford-style.

Cambridge upon River Cam is the smaller of the two cities with the ambience of a market town and is comparatively quiet. It is said that scholars who were fleeing the hostilities of the townspeople of Oxford arrived in Cambridge and founded it in the early 1200s. The university I had visited when I arrived in UK for the first time was Cambridge. The son of a relative had studied there and the proud father had taken my parents, an aunt and me to the university town. It was a trip for a few firsts, one of which included trying a pasty and then wondering if I would be able to waddle after because a pasty packs a starchy punch.

I returned with my husband to explore it and did more climbing and walking than I had the first time. We went up extremely narrow and winding stairs of a church for a view of the city when we received prudent advise from an elderly couple, “Remember to breathe”. I suddenly noticed that I had indeed stopped breathing as I scampered up to be done with the ghastly stairs. But when you get a look at the city from atop the church, a bucket of wheezes is a small price to pay.

In Cambridge, the buildings are disparate because they were made from various kinds of stones but I savoured the sight of the lawns at Corpus Christi college, the red facade of St. John’s College, which if you enter is the way to the Bridge of Sighs in Cambridge, and the Round Church. The last is one of the four round churches in England. One of those four churches is what I see everyday from our apartment window in Northampton.

It was a cold and windy day and we could not think of winding it up better than with Chinese dumplings in its market square that had been a market since the time of the Saxons. I wonder if anyone in those medieval times had such a delicious, cheap meal as we had standing there while a gaggle of school kids sat with their mum, digging into plates of dumplings and piping up with the ‘it’s too spicy’ grouse.

To round off my few shots of Cambridge, I shall quote Bertrand Russell: “Against my will, in the course of my travels, the belief that everything worth knowing was known at Cambridge gradually wore off. In this respect my travels were very useful to me.”

The featured photo starts with the neo-classical building, the Radcliffe Camera. 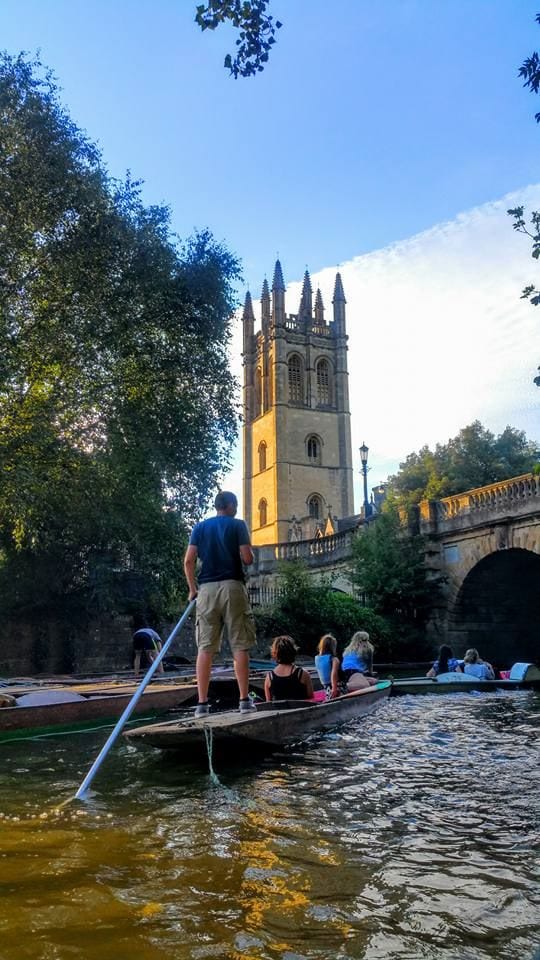 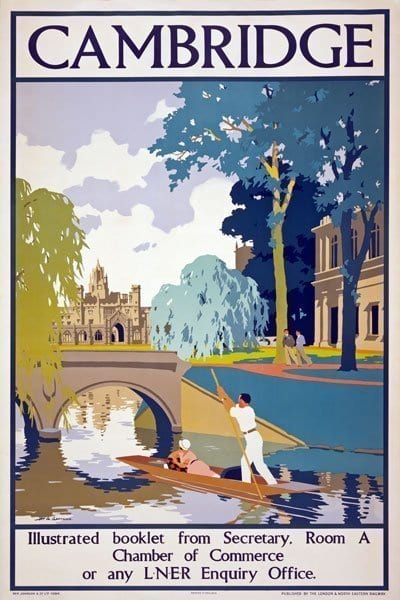 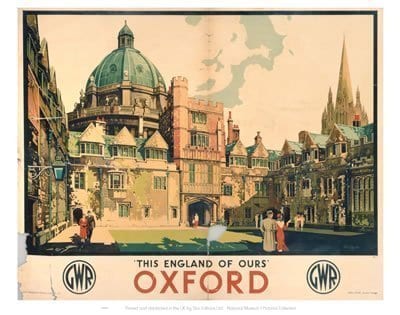 I shall leave you with these vintage tin signs for the two university cities because I collect tin signs and because they get the vibe of each city so prettily.

Just to humour the rivalry between the two (which goes back to the 1200s), which do you like the sound of more?

9 thoughts on “A Weekend in Oxbridge”