Unworn. That single word inked on the tag hanging off the white wedding dress stared out at me. It was priced at 75 quid and possibly a size 12. I don’t why but it spoke to me of heartbreak, unless no one bought it, in which case it would have been heartbreak for the designer.

The stories that a dress can tell is for the imagination to conjure up. I read this book once, one of those feel-good stories, where a woman inherits a vintage dress shop and finds little notes of stories behind the dress tucked into each ensemble. I was quite struck by the notion. How wonderful would it be to walk into a shop and read about the kind of memories the former wearer associated with the dress.

So I took one more look at the dress, inched closer, careful not to let my bag swipe anything off the tables around (and give the husband an attack of the nerves with a bill of broken antiques) and examined  the satin silk. It really was exquisite. When I pondered about the ‘unworn’ bit with the husband while we were returning home, I swear that he said this: “She was hacked to death.” That just put paid to all my romantic thoughts. 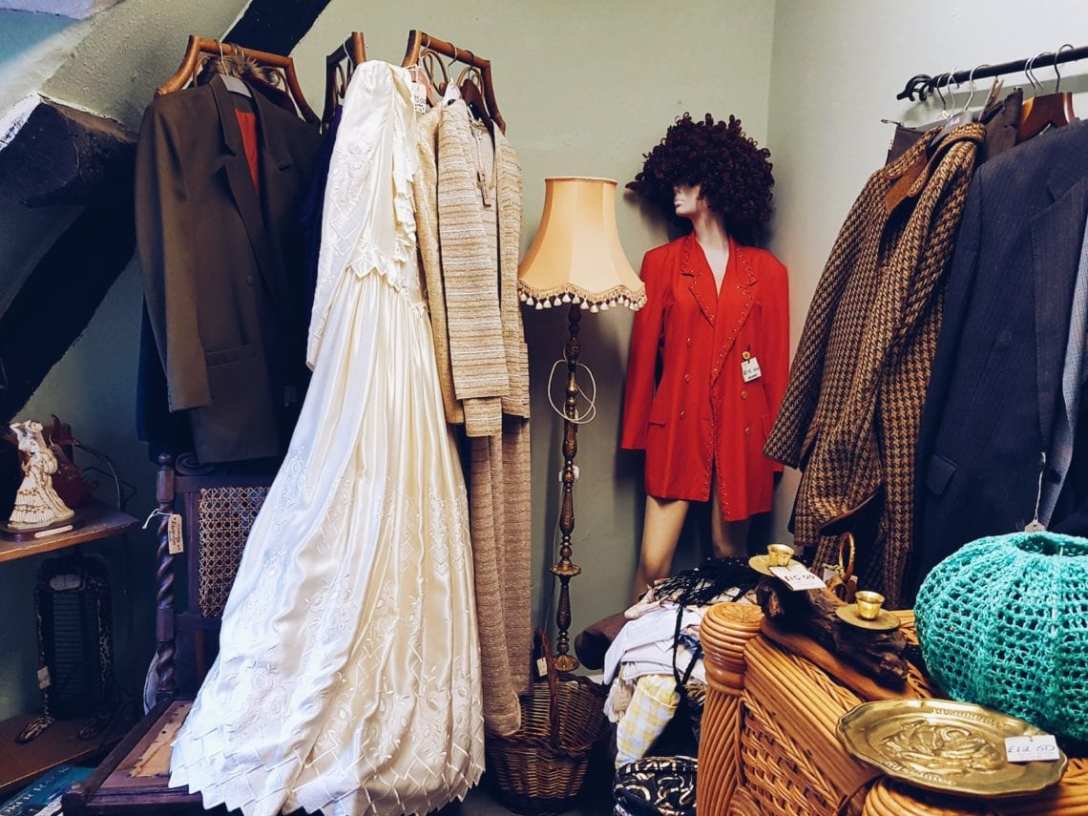 This post is not about unworn wedding dresses though.

We were in Cirencester (more on the town in the next post), a town in the Cotswolds, last weekend and my favourite part of the day was exploring an antique shop which has been run by the owner for the last 20 years.

It was about exploration as I walked into that old building, full of wooden beams and textured walls. I climbed the narrow stairs past ledges that had rustic vegetable carts sitting on them, some a little askew. The rooms branched off, taking me into further nooks and crannies where more and more old junk popped up. The view from the back of the building was of the church and the graveyard and it was quite so poetic to look up from a random bunch of old postcards and find them in my line of vision. This was it. I had hit jackpot and I could have carried it back home if drab matters such as practicality and price could have taken a hike.

I made a full fledged go for it, stalling in corners and examining old lamp shades, rifling through yellowed pages of beautifully bound books, staring lustily at books sold in elegant piles with faded roses atop them, card boxes from the 1920s, samovars from the 19th century, copper cider measures. Wait, what was an otter doing here? A donation from the Leicester museum? That might sit for an eternity inside the shop. I would have to make someone buy That if I had any plans of acquiring this treasure trove of a shop. 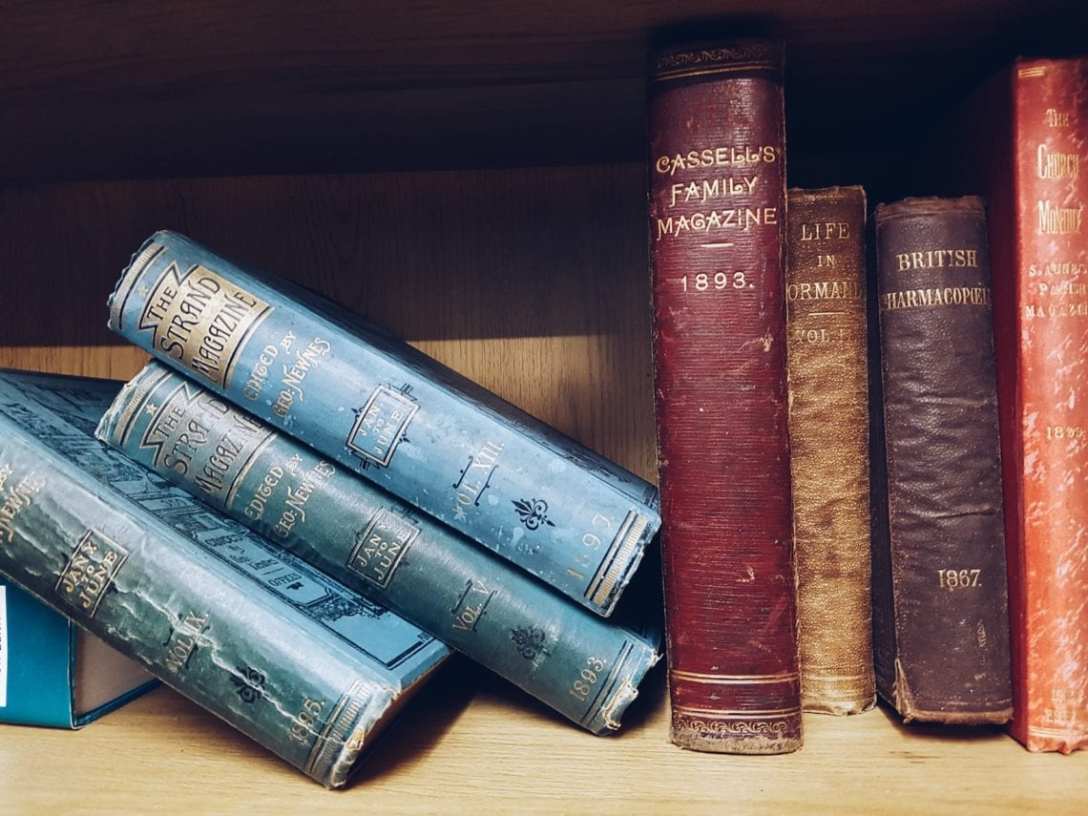 Some snatches of conversation that I could not help overhear.

“When I was in a poorhouse, I had one of those…” (from the corner of my eyes I saw a woman in a neat dress suit walk by as she said these words to her friend).

“Oh, look at this table. Touch the veneer. Rosewood and Victorian. Wouldn’t you love one of those?” (middle-aged man in a blazer with his woman friend as he took a round of the table and ran his fingers over the edge of it). I heard this one as I turned around to a glass case and shuddered. Black and blue bugs stored in several glass jars. And a cheeky one – a skeleton upturning a bottle of alcohol for a few last sips.

“That tie! And wait, is that a tie pin?” This took place at the till where the customer, a man with a shock of white hair and the look of an absent-minded but clean scientist, pulled on the tie of the owner of the centre standing behind the till. “I love the tie pin! Now I would not blame you for pressing manhandling charges on me, sir.” Sir gave him the amiable grin of a seller.

19 thoughts on “Antique Hunting in the Wolds”