It has been a warm September. Every time that I walked to the nearest stores, which are admittedly 10 blocks away, I felt my pores opening up to the heat, trickles of perspiration coursing down the back. But yesterday, unexpectedly, there was a nip in the air. A beautiful evening had finally arrived. All I could do was bask in its breezy charm, let the breeze ruffle my hair and alongside rush through the rows of trees towering over me as it spoke to my senses in some strange tongue. Psithurism. Sonic and haunting. If there is heaven, it is to be found in the music of nature. In the gushing of that brook, in the breeze that ripples through canopies, in the ebb and tide of the waves…

Houses flanking the blocks with tamed and untamed patches of gardens, the ones matted with tangled ivy catching the eye because there is a certain something about wild overgrown beauty. The occupants of many house fronts: pointy-hatted witches, ghouls and skeletal figures swaying behind fences, a few macabre grins, autumnal wreaths in hues of gold, orange and russet upon doors, porches with autumnal leaves twirled around the balustrades. My kind of porch, I thought.

And then just like that, as I was strolling past an old rundown bakery, peering into windows scrawled with ‘try our cheese and nutella twists’, the feeling clamped down upon me. An intense wave of longing for the autumnal embrace of Northampton. The Racecourse, that sprawling park (you see it in all the shots) where I gathered leaves by the dozen every autumn, watched the seasons change in slow motion, where the trees were my beloved friends, where around this time the fallen leaves gather on the jogging path and trip merrily in the wind like children gone wild on a picnic, where the blustery wind threatens to rip the ponytail off your head as you run the length of its winding paths.

Below are the changes of season in The Racecourse which sprawls sublimely over 118 acres. How the scenes of life play out differently now from what it did centuries ago when cattle grazed upon its green vastness — a bucolic thought given that during the mid-1700s and 1800s it was the chosen spot for public executions. Convicts were brought over to the heath – that is now the park – in carts after they were allowed a last drink at the Bantam Cock pub a few miles off in Abington. In time, the gallows made way for recreational race meets before they were brought to a halt in 1904 after a fatal accident. Its final avataar was that of an army base and barracks during the two world wars before it was transformed into a refuge for pleasure seekers.

You would think that were might be dark memories clinging to the leaves. Yet it does not feel like the kind of place that holds onto disturbing memories. It is the stomping grounds of little girls and boys training in football, families armed with blankets and picnic baskets during summer, teenagers roller skating with abandon, school boys and girls romancing each other under the boughs of those trees, big and small dogs sizing each other up as they patter around with great solemnity, and the ubiquitous cyclists and runners. On the 5th of November, every year, when the Yeomen of the Guard search the Houses of Parliament in London ceremonially for whiffs of gunpowder-laden plots, in Northampton Guy Fawkes night is the occasion for a great bonfire on the green, hot drinks for shivering enthusiastic residents and fireworks beneath a star-laden sky.

There is a dragon too who lies half asleep at one end of the park as if in wait that someone should say those magic words, ‘Dra…’. Shush. Meanwhile if you keep running down the straight path, at the other edge of the park is a disused tram shelter and The White Elephant. From across the road, this pub taunts the hapless jogger with the wondrously warm smell of pizzas baking away in its wood-fired ovens. Now seasons may come and seasons may go, my friend, but that remains a given on Friday nights throughout the year. 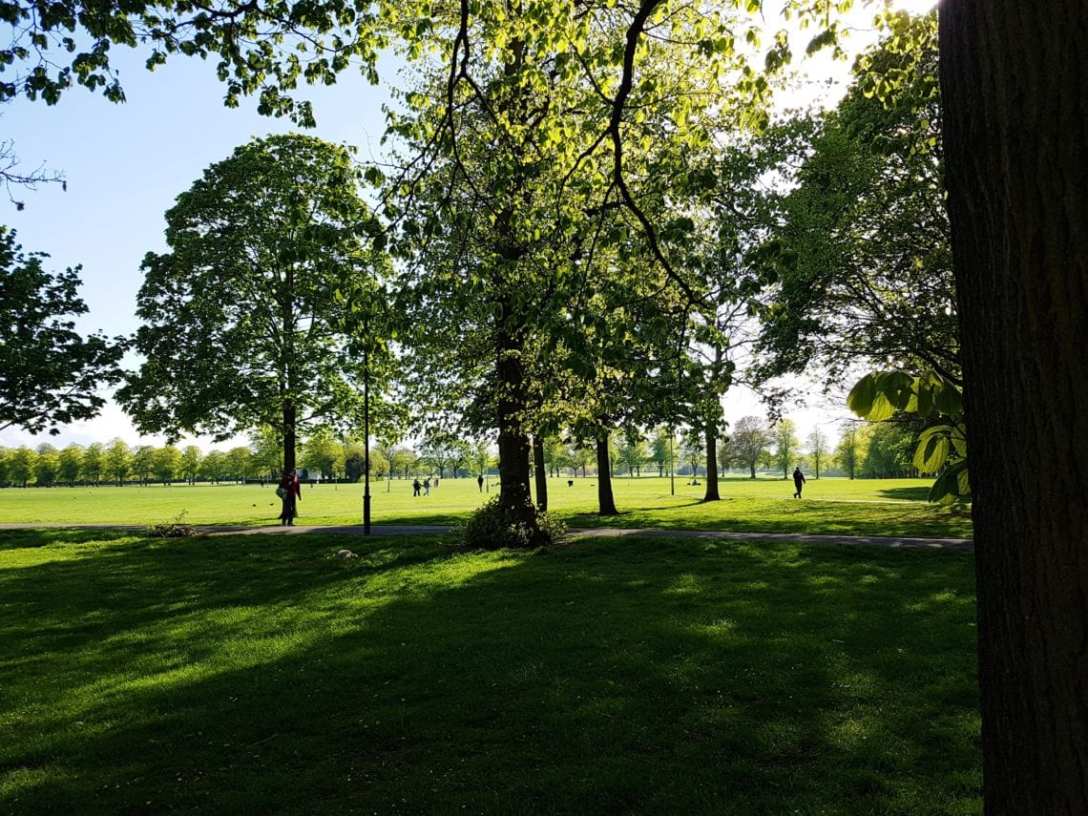 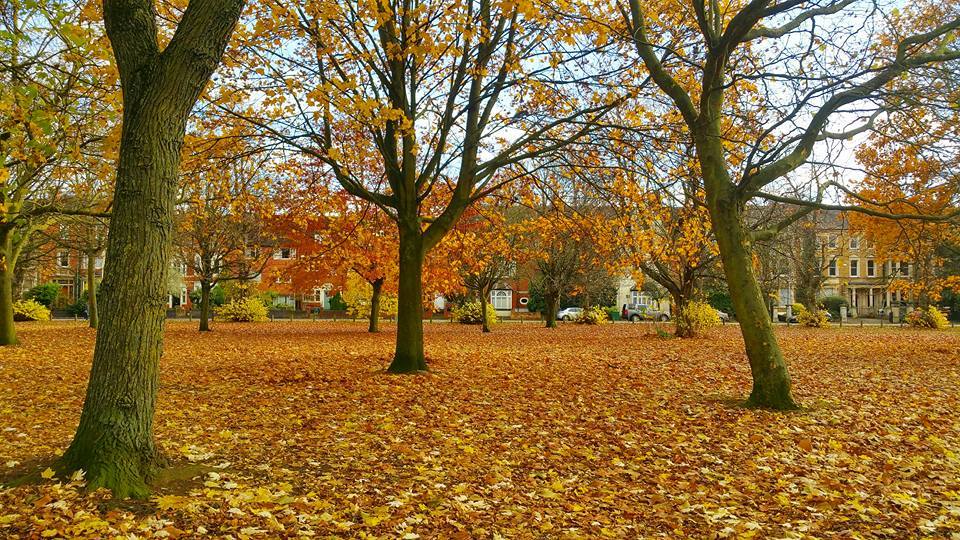 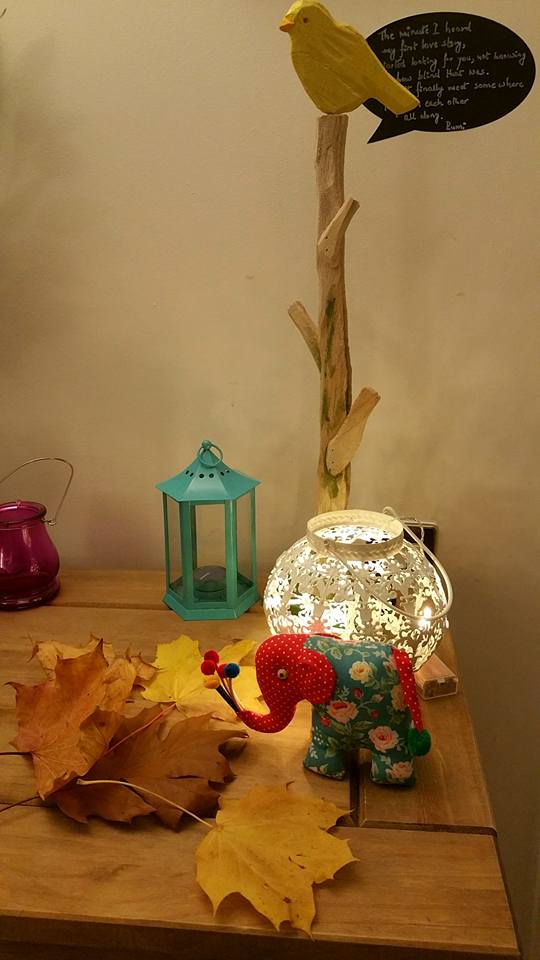 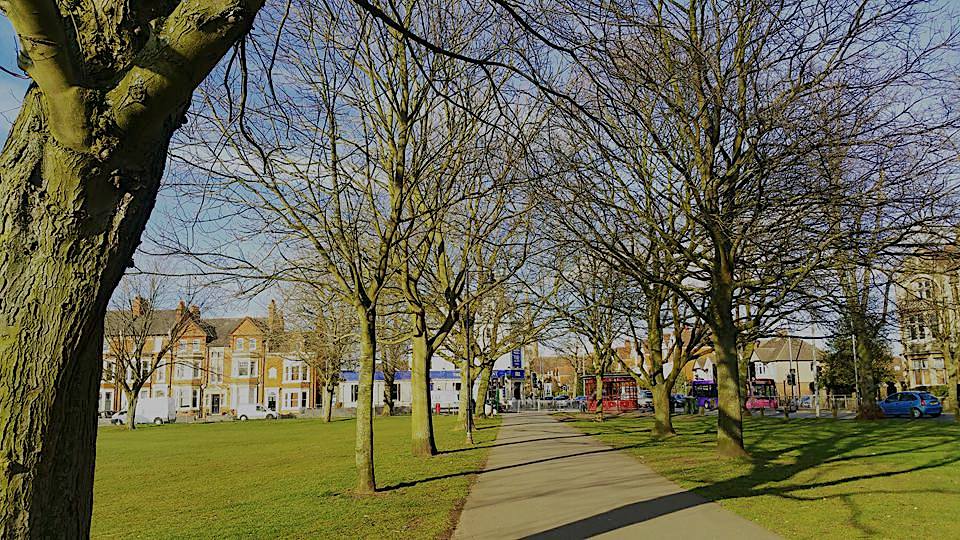 74 thoughts on “These Autumnal Days of Sudden Beauty”